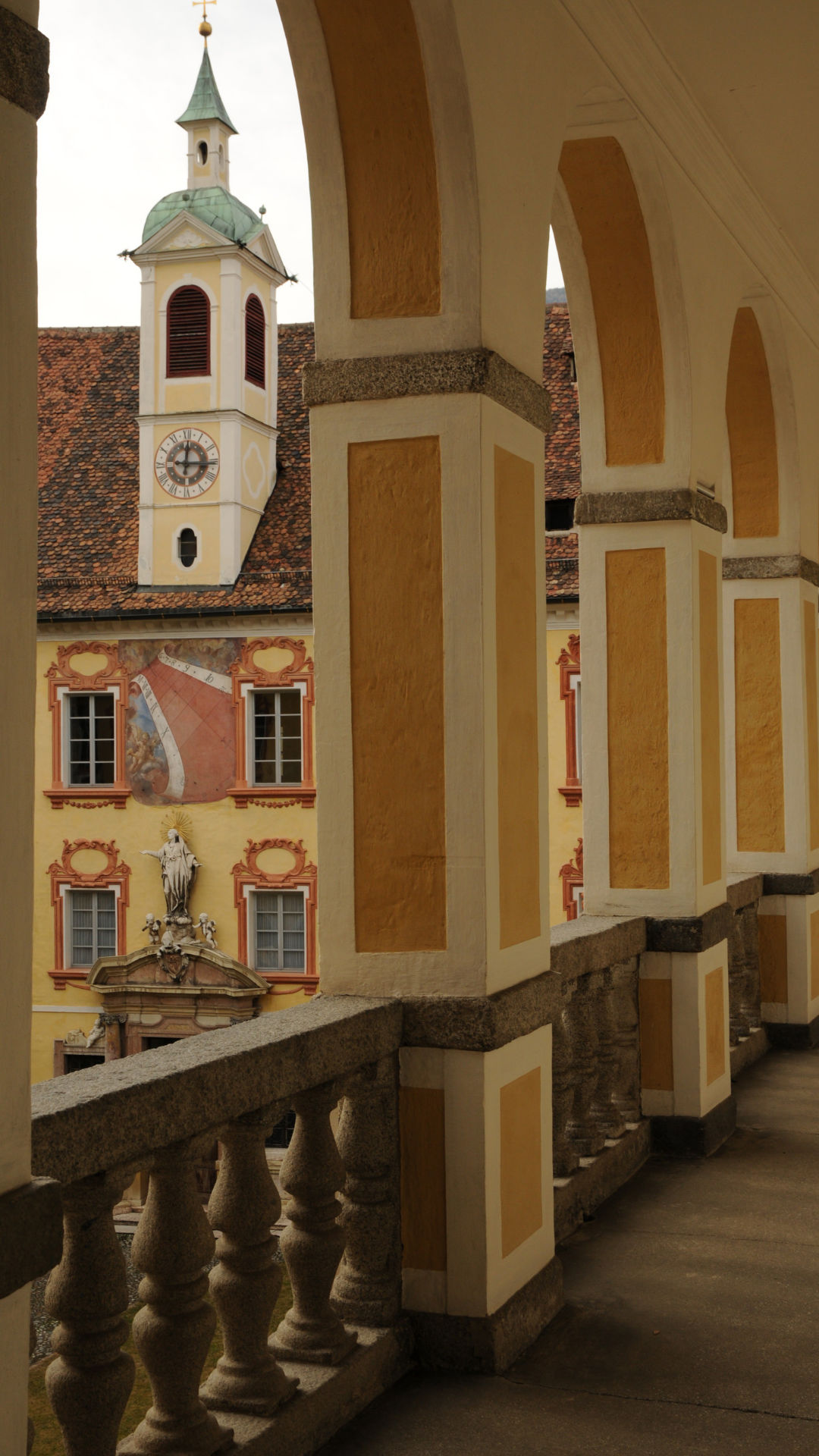 The Hofburg, once seat of the prince-bishops of Bressanone, was built in the 13th century and later rebuilt several times. Today the representative building houses the Diocesan Museum, the Crib Collection and the Diocesan Archives. With its Renaissance courtyard built around 1600, the Hofburg is one of the most charming and atmospheric architectural monuments in South Tyrol.

In more than 70 exhibition rooms, the museum presents medieval sculptures and paintings as well as modern art from the Baroque, Classicism and Romanticism periods, the Cathedral Treasury and works by Tyrolean artists from the 19th and 20th centuries. The court church, the apartments of the prince-bishops and the imperial wing, which was occupied by the imperial family during their visits, bear witness to the splendour of old times. The Crib Collection presents Christmas, Lenten and annual cribs. Temporary exhibitions held on a regular basis round off diverse programme.

Copyright for images
© Hofburg Brixen Bressanone
Download this and many other guides now with the free Hearonymus App: