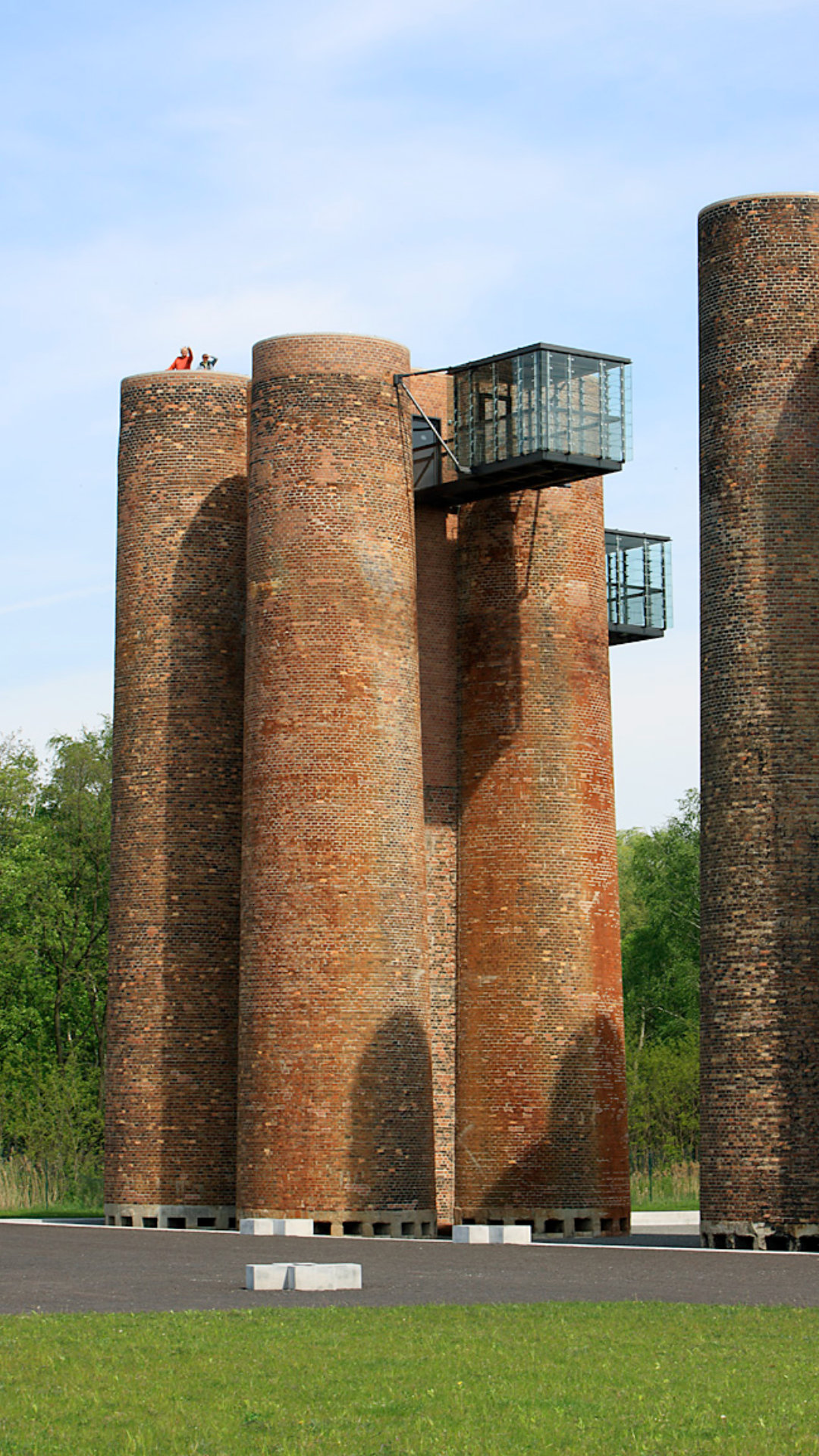 The Biotürme Lauchhammer are a globally unique monument to the lignite industry, which has determined structures and life in Lower Lusatia from the second half of the 19th century into the 21st century. They leave an almost mystical impression; nevertheless, they are a small cog in the giant coking plant that was demolished in the early 1990s - precisely with the exception of the 24 towers for the biological purification of process and dehydration water. They bear witness to the impressive history of lignite mining and processing and are now being put to a subsequent use consisting of museum, tourist and educational elements.

Visit the Biotürme, have their history explained to you and look over their collars into the vast countryside of Lower Lusatia.

Current opening hours and further information can be found at biotuerme.de.