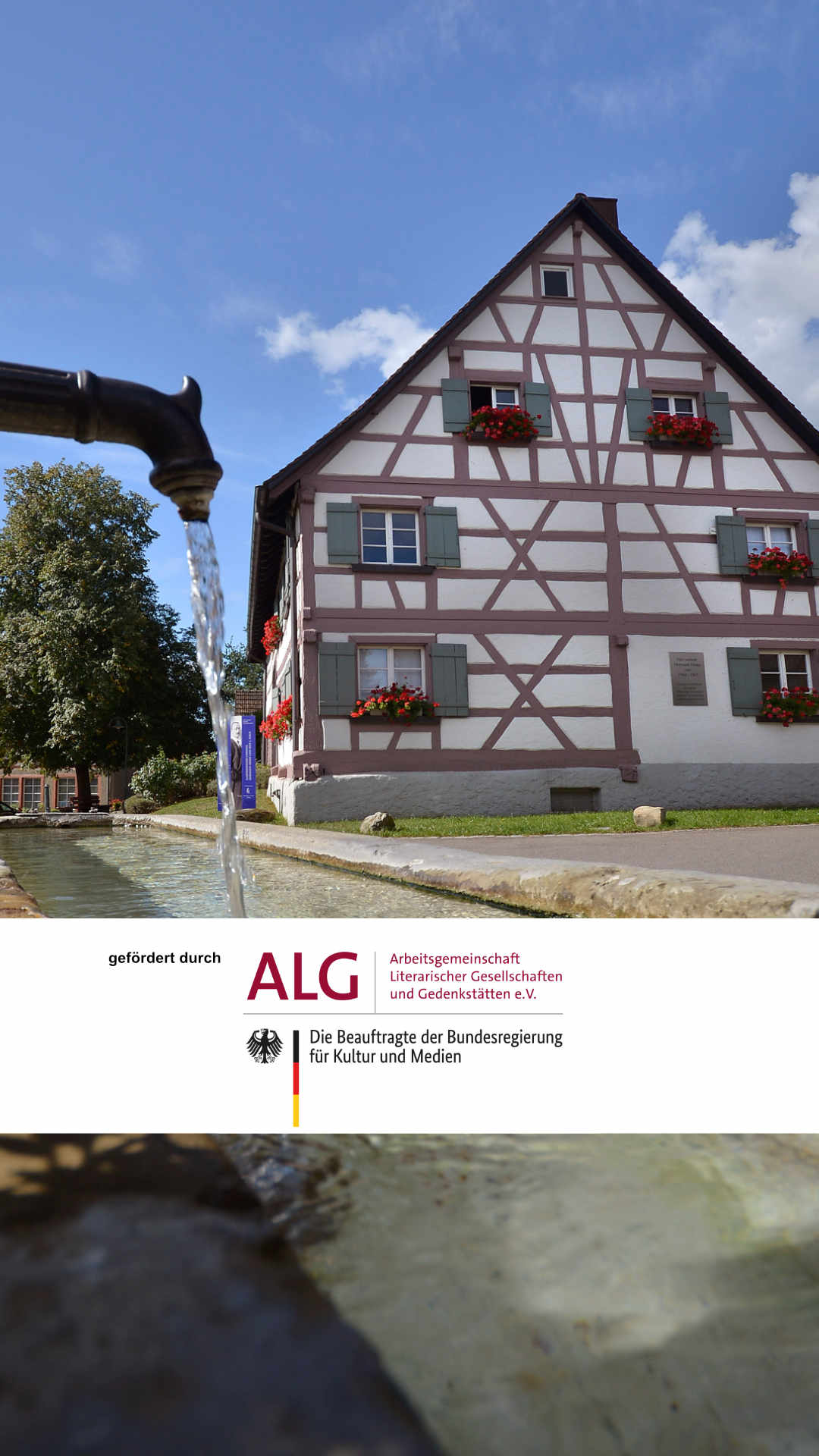 Together with its collection on the artist and literature landscape on the peninsular Höri, The Hesse Museum Gaienhofen shows the permanent exhibition "Gaienhofen Detours. Hermann Hesse and his First House" in the original location.
The writer and later winner of the Nobel Prize for Literature Hermann Hesse lived in Gaienhofen from 1904 to 1912. The young author had previously led a rather unsettled life in different places. The "Gaienhofen Detour", as he later called his eight years on Lake Constance, was associated with the hope for stability and a place to call home. Here began "the time of my life in which I no longer lived in random and often changing rooms, but in houses". Of all these houses, the simple farmhouse on the Gaienhofen village square, which he moved into immediately after his wedding in 1904, and which belongs to the museum, was certainly the most important. He would later call it the "first refuge of my young marriage" and the "first legitimate workshop of my profession".


Guided tours from May to October
Saturdays, at 14:30
Further guided tours on request

Sponsored by the Arbeitsgemeinschaft Literarischer Gesellschaften und Gedenkstätten with funds from the Representative of the Federal Government responsible for Culture and the Media
Download this and many other guides now with the free Hearonymus App: